If you’re experiencing some physical distress right now, don’t just quickly chalk it up to the flu.

There are many flu-like symptoms STD (sexually transmitted diseases) cause, that appear the same as ordinary body ailments.

If you are sexually active, and you are experiencing unfamiliar symptoms, read this post!

These could be STD symptoms in disguise.

So please, for your own sake, if you have any of these STD symptoms, get tested immediately.

These symptoms are not usually related to STDs, but they can indicate an STD has progressed and is now wreaking havoc on your physical health.

A number of these signs are viral infections or are caused by gonorrhea or chlamydia, which are notorious for being asymptomatic in their early stages.

Don’t wait until it is too late; any sign might not be as simple as it appears.

Fatigue is a symptom of an early-stage chlamydial or gonorrheal disease. It can also be due to Hepatitis A, B, and C.

When fatigued, it’s easy to blame it on a late night out, but it could be a critical sign.

Fevers can be caused by gonorrhea, chlamydia, HIV, Hepatitis A, syphilis, or herpes.

Fevers indicate that your body is attempting to fight off an infection, but many people may not understand that the infection might be caused by an STD.

Vomiting and Nausea are symptoms of Hepatitis A, Hepatitis C, syphilis, and HIV.

Thinking you may have eaten something wrong or that you have the flue and your body will look after it is a definite way to keep to spread the virus and allowing the virus to do deeper into your system.

Headaches can be caused by syphilis, HIV, or herpes.

Headaches are easy to dismiss. You proceed with your day and take some ibuprofen.

But in case you’ve got a headache, and you might be at risk for an STD!

Abdomen, Lower Back, or Joint Pain

Pain in your stomach might be an indication of a chlamydial or gonorrheal disease that has developed.

Late-stage gonorrhea and chlamydia can target the pelvis and cause Pelvic Inflammatory Disease (PID).

If left untreated, PID may result in long-term pelvic pain, infertility, tubal-ovarian abscess, or ectopic (from the uterus ) pregnancy.

Pain in your lower back might be an indication of gonorrhea, chlamydia, or herpes prodrome.

Prodrome is a pain, which means there is a herpes breakout going to occur.

The pain can be found on your lower back, thighs, buttocks, knees, or feet.

Herpes prodrome also shows a time when you’re most susceptible to spreading the virus.

But even though you might not be herpes lesions, you in danger of spreading the virus.

Joint pain can indicate that Hepatitis B, syphilis, or HIV have infiltrated your body and have gone untreated or might be a symptom of chlamydia or gonorrhea.

When gonorrhea or chlamydia starts to cause pain, it is named Venereal Arthritis or Gonococcal Arthritis.

This reactive arthritis happens when chlamydia or gonorrhea go undetected, and the bacteria infect one or multiple joints.

Swollen Lymph nodes may be brought on by chlamydia, gonorrhea, syphilis, herpes, or HIV.

Swollen Testicles, or “orchitis,” is typically brought on by gonorrhea, chlamydia, or syphilis.

Orchitis happens because of the spread of bacteria through the blood. It may be characterized by pain in one or both testicles, they may feel heavy, turn a purple or red color, and there may be blood in the semen.

A sore throat might be a symptom of chlamydia, gonorrhea, syphilis, or herpes. All these diseases may lead to throat or pharyngeal infections after oral sex.

A sore throat is regarded as a mild annoyance, but it is nothing to be ignored.

If you have a sore throat or having difficulty swallowing, of the dangers that might be lurking.

Chlamydia, gonorrhea, and syphilis are three offenders who cause eye infections.

These infections arise either directly from the origin of the STD or secondary exposure (with the STD in your hands and then rubbing your eye).

If left untreated, these unusual forms of conjunctivitis can result in partial or permanent blindness.

A body rash is not usually associated with STDs; on the other hand, HIV and syphilis can lead to rashes on random parts of your body.

If you become aware of a new rash after engaging in sex, make sure to get tested.

Diarrhea is not fun, and though it’s an indication that something is not right, your first thought might not be that you have contracted an STD.

HIV may provide you with chronic diarrhea, and gonorrhea, chlamydia, and herpes can produce diarrhea in addition to painful bowel movements.

For those who have any of these symptoms, particularly in conjunction with any of the Deceptive Symptoms, you need to get tested today.

Discharge or Bleeding Between Periods

If you’re experiencing discharge from your vagina, penis, or anus, this might be an STD symptom.

Discharge is the most common sign of bacterial vaginosis, chlamydia, gonorrhea, vaginal thrush, and trichomoniasis.

Bleeding between periods can be a sign that you are experiencing late-stage chlamydia or a late-stage gonorrhea disease.

If left untreated, the two of them can infect the uterus, causing PID and inflammation.

If anything is dripping that shouldn’t be, you need to get it checked.

If you have any sores, lesions, bumps, or warts in your genitalia, you need to get tested immediately.

These are the early signs of a plethora of STDs, such as syphilis, herpes, HPV, and HIV.

If they’re painless or just there for a short time, do not brush off them; sores may be the indication of an STD in some instances!

Do not wait and hope to disappear on their own since they won’t.

Are you itching down there? It may be caused due to genital warts (HPV), herpes, chlamydia, pubic lice, gonorrhea, and trichomoniasis.

However, putting talcum powder in your underwear will ease the symptom, but it will not cure the disease.

Painful sex should be a sign that something is wrong.

Most frequent STDs that cause painful sex are gonorrhea, chlamydia, syphilis, and herpes.

If you are experiencing painful intercourse, you will have to get tested. 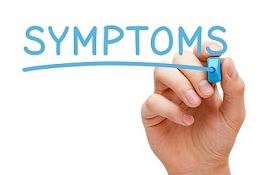 STD symptoms are not always obvious.

What you think could be symptoms could Be the signs of an underlying STD.

Do not let yourself fall prey to undercover STD signs.

Keep you, and your partner(s) protected and get examined if you believe you have an STD.

This website uses cookies to improve your experience while you navigate through the website. Out of these, the cookies that are categorized as necessary are stored on your browser as they are essential for the working of basic functionalities of the website. We also use third-party cookies that help us analyze and understand how you use this website. These cookies will be stored in your browser only with your consent. You also have the option to opt-out of these cookies. But opting out of some of these cookies may affect your browsing experience.
Necessary Always Enabled
Necessary cookies are absolutely essential for the website to function properly. This category only includes cookies that ensures basic functionalities and security features of the website. These cookies do not store any personal information.
Non-necessary
Any cookies that may not be particularly necessary for the website to function and is used specifically to collect user personal data via analytics, ads, other embedded contents are termed as non-necessary cookies. It is mandatory to procure user consent prior to running these cookies on your website.
SAVE & ACCEPT
Posting....